Planning For A Lower Income In Canada 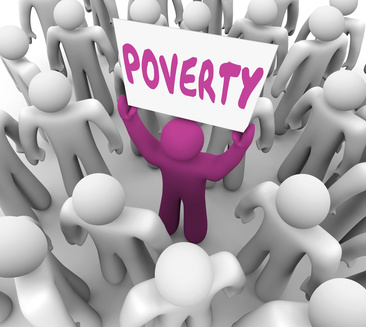 The 2016 census showed some glaring statistics and one of the most shocking was that 4.8 million Canadians were living below the poverty line. Canada has a population of 36.95 million and of that 4.8 million is a shocking 13% which does not bode well for a country that many people from around the world are clamoring to migrate to. This has given the country a unique place in history and that is many people do plan to live below the poverty line as then they could obtain and procure various benefits from the provincial as well as the state governments.

There are three very important criteria that would define whether a person of a family is below the poverty line and classified as “Low Income”. The first one is the Statistics Canada measurement which employs the “Low Income Cutoff” (LICO) which is based primarily on the ability for that person or family to buy their necessities. They also use the “Low Income Measure” which is based on the inequality of a person or family in relation to their income. These two are what Statistics Canada would employ to measure the issue of Low Income.

The Human Resources and Skills Development Canada (HRSDC) employs a different index which is the “Market Basket Measure” which is also similar to the above and is the ability for a household to afford the necessities that they would require to live a healthy and nourished lifestyle.

Though these three indexes are employed there is no response from the Canadian government to measure the poverty level though they would also refer to the “Low Income Cutoff” (LICO) when required but would always deny or not accept that there is a problem with poverty in Canada. The Canadian Council of Social Development (CCSD) would use the LICO for their purposes but with no proactive willingness to accept that there are Canadians below the poverty line. Hence there is no official measurement to see what poverty is in Canada.

The LICO is the poverty cutoff line where a family would usually spend about 20% of their household’s total income to procure their necessities. This would include food shelter and clothing and would compare directly with what an average family would spend for their necessities in that province. The measurement works thus and that is if an average family would spend 30% of their total household’s income but another household would spend 50% then the latter is considered to be below the poverty line and is considered Low Income for all purposes.

There are families that earn less than half of what an average household would earn and when they do they are categorized as a Low-Income family. The Low-Income Measure (LIM) was developed by Statistics Canada in 1991 to study income patterns across the country. This measurement would measure inequality in income generation rather than purchasing power which could depend what they would earn as a household.

The Market Basket Measure was introduced in 2003 by the HRDSC which would estimate the cost of a basket of essentials which would include food, clothing, housing and transport. When it was calculated in 2006 it was found that this would be around $ 31,399 for a family of four residing together in one common household.

The reason for these measurements

These measurements especially the LICO is taken as the standard when the provinces want to determine the quantum of tax that would have to be paid by a person or household. If they are closer to the poverty line they would be given some relief when it comes to paying their taxes. In British Columbia where the government directly funds the health care system those who are below or closer to the LICO would be given certain relief to pay less when they attend these clinics. If they are closer to the LICO line they would be deriving benefits when they seek medical attention in government-funded hospitals and clinics. This is a very important aspect as health care could be generally very expensive in Canada.

Being closer or below the LICO could provide you some relief but it may not be a very conducive way of living. Take your retirement seriously as it is inevitable and you would only need to plan for it well in advance.

It is generally known that statistics would never lie and those below the poverty line in Canada are able to obtain many benefits but the issue comes round as to why anyone after migrating to such a country would like to live in poverty. They would be better off living in their own country.

If you are planning to live on a lower income then life could be quite tough and could bring an immense strain on you and your family. There may be benefits that you would receive but in the long term, it would not be a very good idea. Saving would be your best choice and for that, you may need to begin early and not wait for the last moment when it is time for you to retire.

You could plan your retirement well in advance and if you look around there are many avenues to secure your twilight years especially in Canada where opportunities are galore. Any help for financial problems contact gtacredit.com or call 416 650 1100