Can A Creditor Go After My Paycheck In Canada? 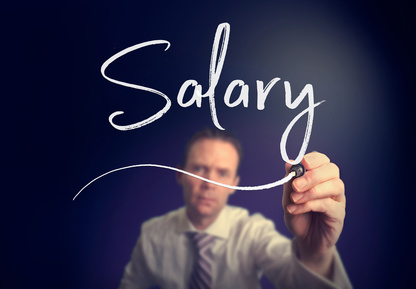 Yes! This is called “Wage Garnishing” in the legal parlance and is an avenue available to creditors to recover monies that they have lent to their debtors. This legal procedure is made available to collection agencies, Canada Revenue Agency, any Court in Canada, credit card companies, payday loan lenders, and any other creditor who has to lend you monies could recover such due payments through wage garnishment.

But there are very strict legal procedures that they would need to fulfill first before they could go after your paycheck. Even if they do they are entitled to recover only up to 30% of the amount that you would have in your account.

Try and exhaust all avenues

To do so the creditor would need to lend you money which would then make the entity your creditor. Thereafter you should be classified as a defaulter who has not paid the due amounts as per the agreed terms of repayment. The creditor should have tried the normal avenues to recover the due payments. These are by calling you, by writing to you, and only if they have exhausted these avenues available to them could they go after your paycheck.

The creditor has to satisfy the court that they have an issue with you and that you have been in default and even if you do not attend courts the order could be issued against you for your wage to be garnished and they could recover the due amounts but only up to 30% as said earlier. Once the creditor has obtained the order from the court they could request for a writ to be served on your employer or bank as the case may be to recover the 30% of your wages every month until the debt is repaid. There would not be anything much either you or your employer could do once the court has issued the necessary legal documents.

Wage garnishment would be the last resort if you are devoid of any other physical assets. For instance, if you have physical assets, the creditor whomsoever it would be, could seize those assets rather than waiting for every month when you wage is due or being credited into your account. It is only those who would generally have no tangible assets who would be subjected to wage garnishment. It would mean that you are devoid of any assets and what you have is only your wages which would be what your creditor could come after.

There are laws specifically legislated as to what assets could be seized and what not hence there is ample protection for a debtor like there are avenues available to any creditor too. In some provinces and also under Canadian federal law specifies the type of assets that could be seized in lieu of wage garnishment if the creditor prefers so. Though the laws across Canada could be more or less the same but in the jurisdiction of British Columbia, no household goods or appliances could be seized if its sale value is more than $4,000.

It is also legislated that clothing and other personal assets cannot be seized to recover debt from a creditor. If your vehicle is valued at more than $5,000, then that too cannot be seized. On the contrary, if you have a bank account and the creditor knows where it is they could seize all the monies in your bank account by disclosing the same to the court and taking out a writ against you and the account and taking it to the respective bank. The total amount due could be recovered by the creditor if they are privy to this vital information.

What you could do

There is nothing much you could do about it and any court too would issue a writ without second thoughts as you are in default but holding money in an account without repaying your debts is how they would look at it.

Though a creditor could only recover up to 30% of your wages this scenario changes if you are self-employed in which case your creditor could recover all your earnings up to 100% to recover their debt or part thereof. The creditor would need to have this information before they would go to court and when they do it would be too late. Hence it would be in your best interest to sit with your creditor and work out a payment plan before things get out of hand and it comes down to this.

Many avenues are left open when a debtor falls in default and one of the things you could do is talk to your creditor and reschedule the amounts due to suit your new payment plan. In most cases, the creditors would accommodate such requests as they too would not prefer to sort it out by resorting to legal action. The law in Canada is quite balanced and fair with most issues from both divides taken into consideration but at the end of the day when you are in default, you may have to pay back any which way you can.

Wage garnishing should be the last resort even if you are in arrears and are in default as you have the option of resorting to an amicable settlement to the repayment of dues. It is only when you avoid such an option that the court too would take the onus on it to ensure the creditor is paid back. Any help for financial problems contact gtacredit.com or call 416 650 1100