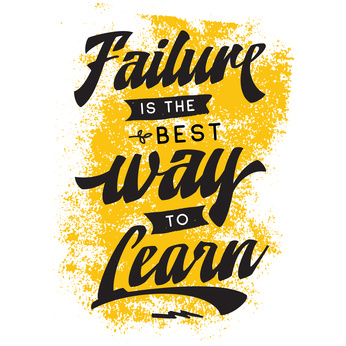 Disney is there among the top 10 brands in today’s world. However, he was a victim of bankruptcy as well. Walt Disney started his career as a filmmaker. However, things didn’t turn out according to the way he expected. The first film company of Walt Disney was established in Kansas City back in 1922. That’s where he started making cartoons and short advertising films. He was doing well and he signed up a contract along with a New York company in order to distribute the movies that he was producing. However, this partnership didn’t turn out to be a good one. That’s because the distributor cheated on Walt Disney. In fact, Walt Disney didn’t receive cash for his work and he ended up with bankruptcy. While going through bankruptcy, he went ahead and created Mickey Mouse back in 1928. That was a milestone in his life. The cartoon character was able to earn him wealth and he was able to overcome debt and become successful again.

Donald Trump is the most powerful man in the world as of now. Therefore, you might be surprised to see his name on the list. As you already know, Donald Trump is a successful businessman. However, his companies didn’t go well and he had to file for bankruptcy six times in his life. In all those instances, Donald Trump has filed for bankruptcy personally. The first time where Donald Trump declared bankruptcy on behalf of his company was back in 1991. That’s where the Trump Taj Mahal Casino went bankrupt. After the incident, few additional hotels and casinos owned by Donald Trump went bust in on the following year. The same thing happened to him again in 2004 as well as in 2009. During all such instances of bankruptcy, Donald Trump was able to transform the existing laws of the country to his advantage. As a result, he got the opportunity to come out of bankruptcy in a convenient manner.

The world-famous rapper 50 Cent also went bankrupt back in 2015. It was a massive blow on him and he found it as a difficult task to get back on feet. At the time where 50 Cent went bankrupt, his total worth was around $155 million. In 2015, he was asked to make a payment of $5 million to the ex-girlfriend of Rick Ross, named Lastonia Leviston. That’s because Lastonia sued 50 Cent for posting a sex tape of her on the internet. He couldn’t make the entire payment at once but was making smaller contributions along with time. He was managed to pay off all the debt and settle off after a couple of years. 50 Cent was declared off from bankruptcy only after he made the full payment to Lastonia. 50 Cent is still struggling with the negative consequences that were associated with his bankruptcy. However, he is going strong and he definitely has a promising future ahead of him.

You might never believe if I say that Mike Tyson was also a victim of bankruptcy. However, he became a victim of bankruptcy back in 2003, where he owed $23 million. This forced the legendary boxing player to go ahead and file for bankruptcy in the same year as well. Mike Tyson had an extremely successful boxing career for a period of two decades. During that time period, he was able to earn around $400 million. However, he was not able to protect the earnings for a long period of time. That’s mainly because he was forced to go for a divorce settlement of $9 million. In addition, he had to make a payment of $4 million to the British tax authorities and another $13.4 million to the IRS. Due to all these reasons, Mike Tyson was forced to declare bankruptcy. It took about one decade for the boxing player to overcome bankruptcy. However, it was not an easy journey and he even had to spend his time inside a rehab facility. However, he survived all the difficulties and now he is back in his life. Any help for financial problems contact gtacredit.com or call 416 650 1100